Donate To The Project HeartBeat

When people hear the word “homeless”, they often think of a man living on the street, some with substance abuse or mental health issues.  But that’s just a small part of the story.  Family homelessness consists of at least one parent with a child under the age of 18, most commonly a young, single mother. Homeless families are more likely to live in the shelter, hotels/motels, or doubled up with other families or friends, rather than on the street. Their homelessness tends to be the result of situational poverty created by an event or temporary condition (domestic violence, job loss, divorce, illness, etc.) or generational poverty.

Many homeless youths are also desperately struggling, living with friends or family, rather than in shelters or on the street, making them difficult to count. They are often referred to as “the hidden homeless.” They are “considered an ‘invisible’ population and are underserved in our community,” said Nicholas Forge, a clinical field director for the Atlanta Youth Count 2018.

There are many reasons why young people become homeless. Family/relationship breakdowns, mental health, drug and alcohol addiction, housing crisis, inadequate or inappropriate living conditions, and insufficient income are just some of the factors that can lead young people into homelessness.  Often, sexual and physical abuse from family members, including parents or guardians, can be major factors leading to a youth homeless. 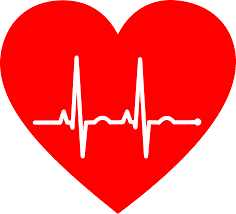 How we can come together to help

In 2020, the foundation created “Project HeartBeat”, as a plan of action to provide temporary, but immediate help to the  youth in our community. Through this project, needed supplies and funding is provided rapidly to the youth directly affected by homelessness.

We continue to stay in contact with the school system and collaborate with other non-profit organization in Henry County so we are aware and address the children’s needs immediately.  The monetary donations and support of our community allows us to help the children in need.  Please consider donating to the Project HeartBeat.

Funds provided to assist Homeless Youth and Families with children